“Hate is not the opposite of love; apathy is.”
– Rollo May

It shouldn’t have to take tragic events to provide a breaking point, or a tipping point. It seems as though even when we have a long-held vision for something different, we will very often be satisfied to simply whine and moan about the state of things, and do nothing about it. Why?

I am not interested in using this space to review the volumes of literature out there on human motivation. This isn’t an academic exercise.

Speaking of academic exercises, if you’re looking for yet another excuse to put off acting, just look to those who claim a need to wait for exhaustive research in or 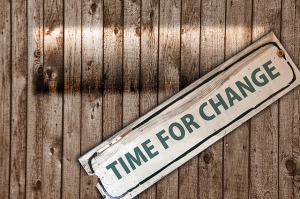 der to ‘have all the facts.’ Sometimes having all the facts is impossible. Sometimes, the facts change daily. I have written before about needs assessment as a barrier to change.

The key to this question of motivation to real commitment seems to center around courage. At the personal level, activists from oppressed groups can be faced with a wide variety of very real physical threats, or risks to their livelihoods. Would-be activists from a privileged group can face retaliation for threatening the power structure upon which their privilege is built. The consequences of courage are relative on an individual basis, but are nonetheless real.

The personal resolve, followed by the collective determination to push beyond fear is common to all movements. The coordinated efforts of the courageous is where leadership and organizing are important. You can’t mitigate all the risk. Change is fundamentally a risky endeavor. Effective leaders can, however, anticipate the support systems that may need to be set in motion to soften the blow of real hardships sustained by change agents.

It seems as though courage frequently manifests itself when an issue becomes personal. How can you get someone whose life has not been personally touched by an issue to find the courage to be a public champion for change? Does someone you know have to get shot in order for you to actively seek to end violence? Does your own water have to become undrinkable before you insist that access to clean drinking water be considered a human right?

Of course, once you’ve organized at the grassroots level, political will is a whole different beast. The shared values of a majority of people usually doesn’t stand a chance against the competing interests of the folks who finance political campaigns. The politician’s notion of courage becomes distorted. It isn’t simply about doing what’s right when presented with opposing options. Sadly, saying “no” to billionaires is the most courageous thing many politicians can imagine.

Lobbyists and other people of influence and affluence are not the only barrier to political will. People vote against their self-interest all the time. How will we appeal to citizens to align their values with their political voice?

C. S. Lewis said, “Courage is not simply one of the virtues, but the form of every virtue at the testing point.” We need to help each other find courage every day. If we amass enough of it, then perhaps we can commit to act before the testing point has forced us into finding a solution via unnecessary tragedy.

I am a writer, and a reader, speaker, consultant, and trainer with a fascination about how social change happens. I live in Minnesota, USA. Medium - https://medium.com/@HamerlinckJ View all posts by johnhamerlinck

This site uses Akismet to reduce spam. Learn how your comment data is processed.